Grow Up and Lead Like A Second Grader: 7 Tips for Effective Leadership 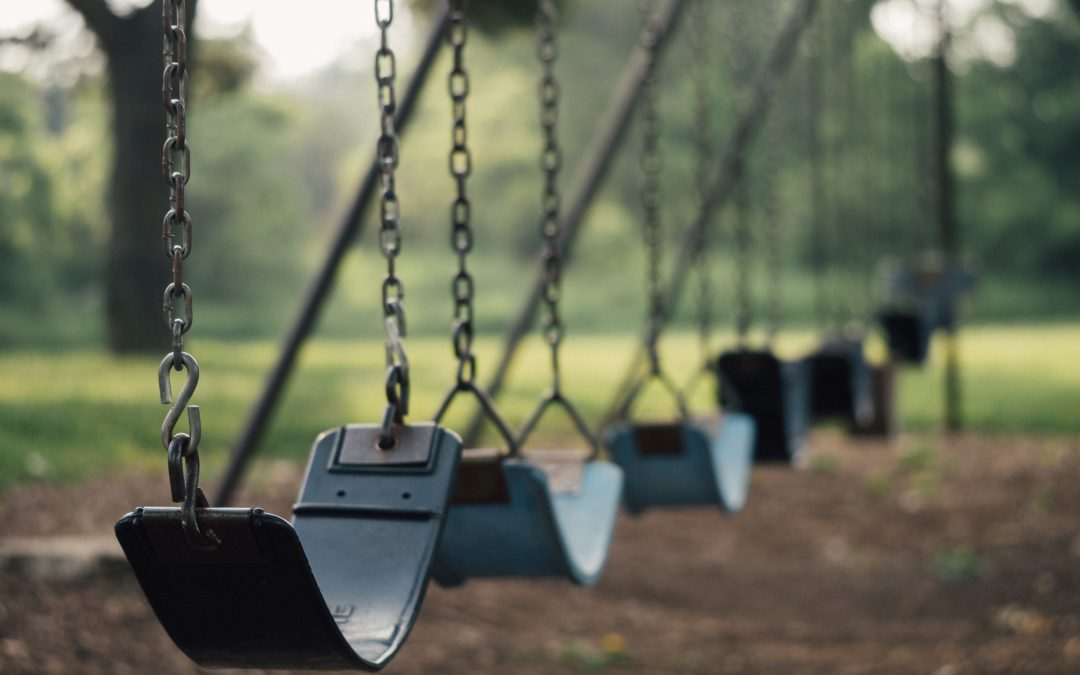 Do you remember the last time you went to the bookstore and stood in front of the leadership/management section perusing the titles for the one perfect book that might help you become a better leader?  What were some of those titles?  Could they have included…

Trying to decide which book could help you be a great leader can be daunting. Approximately 1250 books are published annually with the word “leader” in the title.  I’ve purchased hundreds of those throughout the years and I have even authored a couple leadership books!

Now, don’t get me wrong, there are some classics that can significantly improve your leadership skills and perspective.  But, what I’ve come to realize is that the most important things I needed to know about leadership – I learned on the grade school playground.

Second grade. I was the new kid in town and we completed our move two weeks after school had begun. So, the friendships had been already been chosen and playground buddies were well established. Recess on my first day was a lonely venture and a swing helped to occupy my time. It just so happened that from the highest point of my swinging — in that moment when you are momentarily suspended in time and place before the decent — I gained some valuable information.

What I saw was a pattern of behaviors. I observed the cool kids huddled in small groups playing games and being bossed by the gregarious ones. But, most importantly, I noticed dozens and dozens of children standing alone (or in pairs) doing nothing more than spectating the activities of the popular kids. I made a decision to make the second day at recess anything but lonely.

When it was time for recess the next morning, I wandered throughout the yard and introduced myself to everyone who was excluded the day before. I invited them to play a “new rules” game of kickball. We would be one team, each person would get a chance to kick, and the goal was to achieve a collective score of 50 before the bell rang. It was “speed dating” kick ball!  It was a silly idea — but within a few minutes more than twenty kids were laughing and having fun.

Now, a few kids weren’t interested and didn’t want to play. That was okay.  But, everyone was welcome to jump in at anytime.

And, because we had only one team – we didn’t suffer through the agony of who would be picked last!  Everybody was wanted!

The bell rang too soon.

Something amazing happened later during the lunch recess that day. The number of kids who wanted to play almost doubled and …

The Seven Lessons I learned about leadership (and sales) on the playground:

Leadership is less about being given a title, responsibility, or being elected. It is more about making a choice to take action when you see that something needs to change.

The most significant influence you can have as a leader is to present an idea or a solution that is more desirable than the current circumstances. Basically, you are demonstrating the skills of a salesperson — you observe the needs, assess the options and opportunities, present a preferred outcome, and offer to help by extending an invitation to make a change.  Leadership is sales, sales is leadership.

Zig Ziglar was famous for saying: “You can have everything in life you want, if you will just help other people get what they want.”

I was not a leader at that school. No one knew me. But, whenever someone would ask: “Who is in charge of this game?” kids pointed to me and said, “He is!”

Invite others to be a part of your idea. Authentic leaders create an inviting culture that encourages others to be involved.  They don’t force their way and they don’t micromanage. They are open to suggestions on how to make the idea even better.

Not everyone is interested or wants to be involved. As much as we want everyone to like us and to go along with what we think is best — that is not realistic. There will be people who don’t agree or have their own agenda.  It is perfectly acceptable to choose to move ahead without them.

The hard part of leadership is when you discover that someone in the group is being a bully and they need to be asked to leave.  They are either pushing their personal agenda or pushing people away. Most of the group won’t say anything. They all wish that the antagonist would stop or go away; but they don’t have the courage to speak up for fear of becoming a target.

Leaders know that waiting for the problem to correct itself is unlikely. They will require the trouble maker to play by the rules and cultural norms of the group or they will ask them to leave the group.

Your effort to bring about positive change will bring like-minded people together. Those people will naturally look to you for continued leadership. However, if you desire to have long term results, you need to intentionally share the leadership by including and empowering others to lead.  After all, what happens if you get the chicken pox and can’t come to school for a week?  Someone needs to know how to get everybody together and focused on the priorities.

Leaders know that the current well-being and future health of a strong, sustainable organization is dependent upon the development of more leaders.  Businesses, churches, and other organizations that are dependent upon the charisma and personality of one person are bound to fail. Your scalability and success is exponentially tied to your commitment to building a team environment and the development of a succession plan.

If you want to build a strong team give them opportunity to have some fun together!

I’m not suggesting office-chair races, slip-n-slides in the courtyard, or throwing a pie in the supervisors face. (Well, maybe the pie idea). What I learned on the playground has been proven in my role as a leader of adult workers and volunteers – people who have a shared sense of fun typically have a stronger affinity to sharing the load when the work requires extra effort.

Research has proven that a playful environment can increase creativity, improve communication, decrease absenteeism, promote stronger relationships, and strengthens commitment to each other.  All of which can help make it easier to resolve conflicts triggered by misunderstanding.

Competition can build a strong team. However, it can also be the very thing that tears it apart. Any internal competition that pits individuals and their respective skill levels against each other will create the potential for division and mistrust.  The key is to make sure that the team is working together to achieve a goal that requires interdependency, trust, and accountability.

This is an often over-looked element of effective leadership.

It is easy to get caught up in the day-to-day grind of the rules, timelines, problem-solving, and expectations that we miss the moments to offer sincere “high-fives” to the individuals who have accomplished important milestones in their work. We have to become just as skilled at noticing the successes and improvements as we are in spotting the problems that need correction. Individual team members need to know that their progress, initiative, and personal achievements are worthy of your notice and appreciation.

Celebrating the group success is just as valuable!  And I mean a real celebration. Make the effort to push pause on the never-ending agenda of projects and bring the team together for a shared celebration of their collective accomplishment.  You have to determine what would be a meaningful way for them to pat each other on the back; but whatever you do, let them have that time to congratulate each other.  After all, when the bell rings and recess is over – the group of kids always huddle up with their hands stacked together and on the count of three . . . cheer together!  The group celebration reinforces the importance of working together as a team.

Take the lead today.  Invite those around you to be a part of something exciting — something better than just standing around.  Practice these seven leadership lessons from the playground and hopefully you will notice . . .

* A fictitious title – don’t bother searching for it on Google.

Book Steven for your upcoming event or a special training session for your team – email [email protected] or call 913-406-3824.

Steven is the author of Porcupine Philosophy: 365 Leadership Points to Ponder and The Porcupine Principles: How to Move Prickly People to Preferred Outcomes.